Difference between revisions of "Bôa" 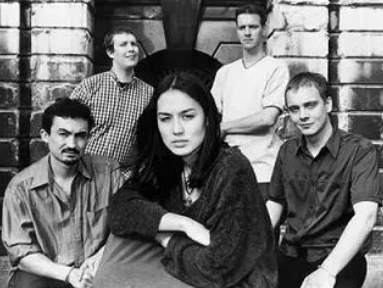 Bôa is an English alternative/indie band formed in London in 1993 by drummer Ed Herten, keyboard player Paul Turrell, and guitarist/vocalist Steve Rogers. The band progressed from a funk band to a rock band over the years, as bassist Alex Caird and multi-instrumentalist Ben Henderson joined the group, and Jasmine Rodger was added as vocalist. They produced two major albums, Twilight (2001) and Get There (2005). Their track "Duvet" was the opening theme song to the anime television series Serial Experiments Lain.