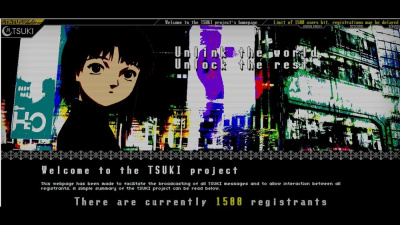 Lain herself became the mascot of the website and gained great affections from the users. As the website worked as a forum around the TSUKI Project, it was a prevalent place for sharing Serial Experiments Lain pictures. While some subscribers used the website as a fansite for the TV series without believing in Systemspace, most did believe, as revealed by a survey of over 1,000 users.