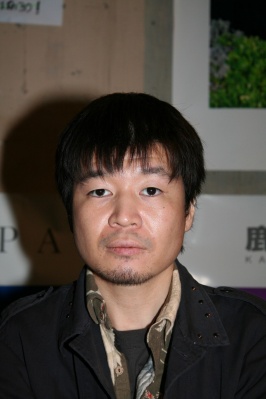 Yoshitoshi ABe is the character designer for Serial Experiments Lain, as well as other popular anime, such as Niea_7 and Haibane Renmei. A collection of his art for the series was released as Omnipresence in Wired, which features the short manga, The Nightmare of Fabrication.

He is currently working on a new series, called Despera, based in 1930s Japan, with a main character named Ain, who looks very similar to Lain.