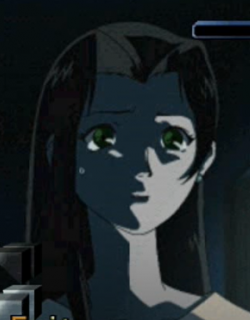 Misato is a minor character, and friend of Lain, in the game. Lain states that Misato plays violin very well, and is also very talented at drawing, teaching Lain to draw on her computer. She is accused of plagiarizing in an art competition, and she moves away after being rumored about and humiliated by classmates. Touko Yonera, Lain's counselor, interviews Lains classmates at school, one of whom being Lain's childhood friend Kyoko, about Misato and it is revealed to Touko that Misato didn't really exist. However, it is not confirmed, as we do see an image of what appears to be Misato in the game, and Lain defends her existence, getting angry at Touko over this accusation.